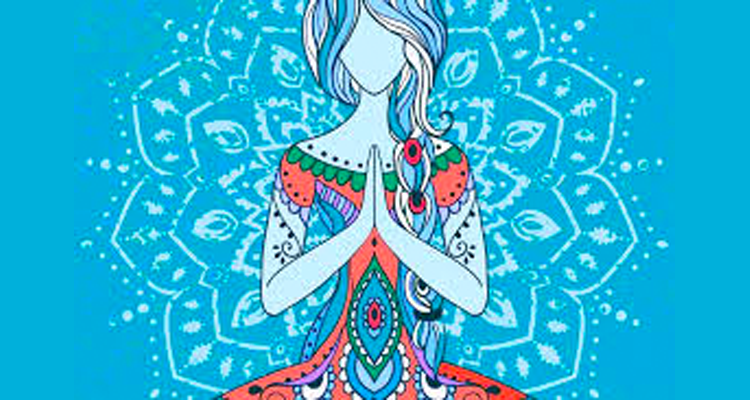 The second part of meditation, which is an aspect of internal dharana (concentration), consists of japa or repetition of a Mantra, and can be combined with dhyana (contemplation). A Mantra is a sound-form representing a basic spiritual ideal, such as the immanence of the infinite spirit (Om), or transcendental truth, knowledge, infinity (satyam, jnanam ,anantam), or a personal deity like Shiva or Vishnu or Christ. A Mantra can also be an affirmation of an ideal such as Soham (I am one with the spirit of God) or Hari Om Tat Sat (the Lord is the infinite spirit, that is the truth).

A Mantra should not be considered a magic formula, for there is no magic formula in Yoga. Continuous repetition of a sound-form helps to tap mental energy and focus it into the subconscious in order to plant and stimulate a spiritual ideal therein. This is the basic purpose of japa. To call it a transcendental exercise is to indulge in hyperbole. There are various kinds of Mantra but for japa its shorter forms are recommended, such as Om or Soham, or slightly larger form as Hari Om or Hari Om Tat Sat.

The mind is a field of energy. Energy pulsates through a principle structure of movement. The mind moves by the pulsation of memory, latching on to one and then to another. Thus, the energy of the mind is dispersed. The purpose of repeating a sound-form continuously is to make the mind move in a tight circle, thus tapping its energy. Simultaneously, or alternately, the sentiment for a spiritual ideal should be focused deeper within its exercise. This is a combined form of dharana and dhyana.

One may begin the second part of meditation by refocusing the mind in the breath, trying to be absorbed in it, as before, for a minute or two. Then start the mental intonation of the Mantra Om, slowly and concentrating deeply, along with the inflowing breath, feeling its coolness, and again with exhalation, feeling the warmth. The process should be continuous for several minutes. Then have a short pause, detaching the mind and experiencing an inner silence, and after which repeat the practice. Continue for a total of 10 minutes in the first month and then extend by another five minutes or so.

The psychological counterpart of this exercise consists in feeling a subtle, sacred presence within: in the body giving it health or physical well-being, in the mind enlightening it with understanding and wiping out the shadows of negativity, in the heart or the soul awakening spiritual aspiration. The last means loving “God with all your heart and with all your soul” in the words of Jesus. These guiding sentiments are relative to the repetition of Om, which can be directed at the same time or in between japa.

If the Mantra is Soham, the sound so should be mentally intoned with the inflowing breath and ham with the outflowing, in the same way as with Om. The sentiment or the contemplative part may be based on the affirmation: “I am one with the eternal spirit within and around. The self in me is of the spiritual nature of my soul, rather than a product of physical instincts and personality traits. The ego in me is purified by this communion with my soul, the essence of which is the same as the infinite, transcendental spirit of God, or the Self.”

The idea of sticking to one Mantra only is to accustom the mind to its sound pattern, in order to engrave its grooves in the subconscious, as it were. The choice may be made by oneself, such as in this case between Om and Soham. Experience alone will tell you, given enough time, if a Mantra is suitable to ones psychological make-up through a sense of harmony with it, or not. There is no rule that a Mantra cannot be changed if the mind resists it.

The preference of receiving initiation from a Guru is personal but there is no dogma that to repeat a Mantra one has to be initiated into it. Sensible teachers try to find out the psychological inclination of the student before giving a Mantra, rather than perfunctorily superimpose one with a dubious understanding that the former can know what is appropriate for the latter just by sensing the vibrations. Gurudev Swami Sivananda, never urged anyone to receive Mantra-initiation from him but, if someone came to him for it, he generally enquired about the preference.

Whereas a Mantra should not be treated frivolously by revealing it to just anybody, to make a top-secret of it is rather silly. All Mantras can be found in books. Some Christians have even made a Yogic combination by deciding on “Om Jesus” as a Mantra.

Repetition Of Mantra While Meditating

This site uses Akismet to reduce spam. Learn how your comment data is processed.